Home » News » Hurricane Dorian: The latest forecast for Florida, Georgia and the Carolinas

Dangerous Hurricane Dorian is barreling toward the Southeast U.S., where residents from Florida to the Carolinas are bracing for possible impact.

Here's what people can expect, according to the latest forecast.

Hurricane conditions are expected in that time frame from Jupiter to Ponte Vedra Beach.

Flooding, winds and storm surge will be the biggest threats to Florida's east coast over the next few days. Isolated tornadoes are also possible through Tuesday.

Hurricane #Dorian continues to hammer Grand Bahama Island this evening. As of 9 pm Dorian remains stationary 25 mi NE of Freeport. Max winds are 140 mph & most of the Island remains within the eyewall. Radar loop is from the Melbourne FL & runs 35 hours from 10 am Sun to 9 pm Mon pic.twitter.com/TP9tZWTZlh

"Hurricane Dorian is the strongest storm to ever threaten the state of Florida on the east coast," said Jared Moskowitz, director of Florida's Division of Emergency Management. “No matter what path this storm takes, our state will be impacted." 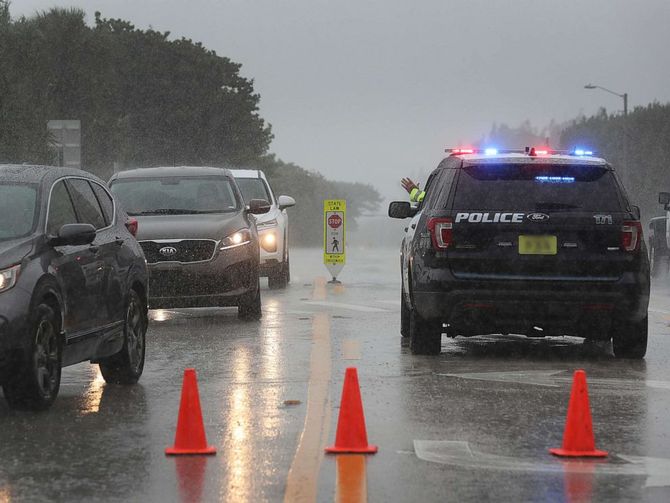 Joe Raedle/Getty Images A Highland Beach police officer sits in his vehicle to check id's of people in cars as he only allows residents to enter the Highland Beach area as Hurricane Dorian continues to make its way toward the Florida coast, Sept. 2, 2019.

"People need to remain vigilant. If you're ordered to evacuate, you need to do that," Gov. Ron DeSantis said Monday. "Get out now while you have time."

Storm surge is a major threat to the Georgia coastline as Dorian moves north -- it could reach 4 to 7 feet by Tuesday night into Wednesday morning. 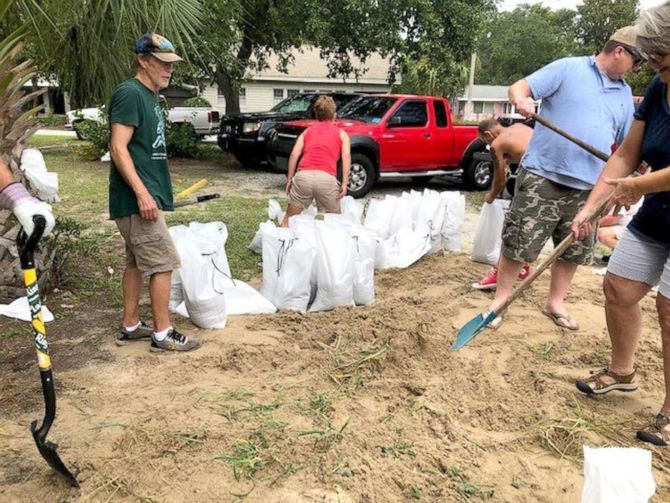 Those in the Savannah area are urged to prepare for heavy rains, flooding and strong winds. 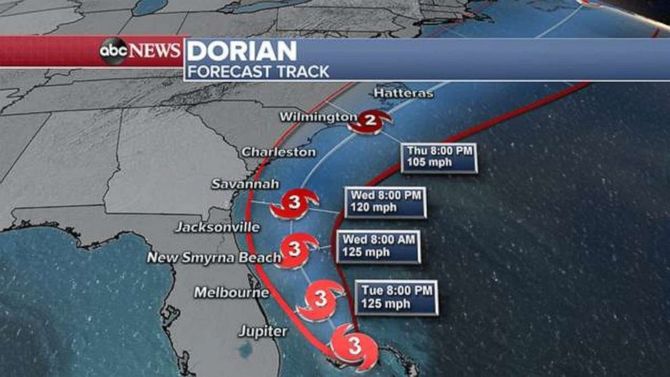 ABC News The storm was downgraded to a Category 3 at 1 a.m. on Tuesday morning.South Carolina & North Carolina

Dorian is forecast to curve northeast and come very close to the Carolinas -- the closest possible point for landfall.

At that time Dorian is expected to be a Category 2, bringing dangerous storm surge with it. 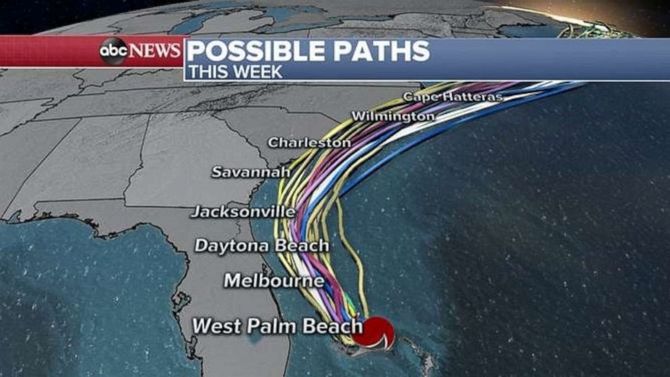 A storm surge watch and hurricane watch have been extended into Charleston. 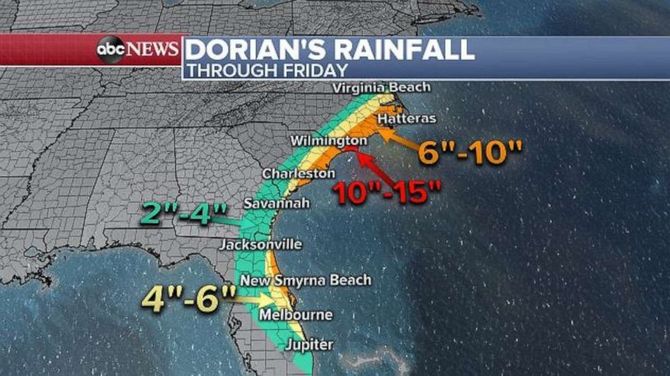 ABC News Even if it remains largely offshore, 10 to 15 inches of rain is possible along the Carolina coast.